Welcome to Conductive. Conductive is here to provide a more dynamic presentation of company news, events, industry developments and articles of interest. Content will be added regularly, you'll want to add this to your bookmarks and check back often.

Sep 11 2017 We found this article to be of great interest, we hope you do too

Jun 1 2017 We were unable to resolve the issue with the conference call replay from May 22, 2017.  Below find a link to the transcript of the call provided by a third party.  Sorry for any inconvenience.
May 22, 2017, Conference Call Transcript

May 22 2017 Due to a technical problem, the conference call replay from May 22, 2017 is not yet available.  We are working to resolve this issue. 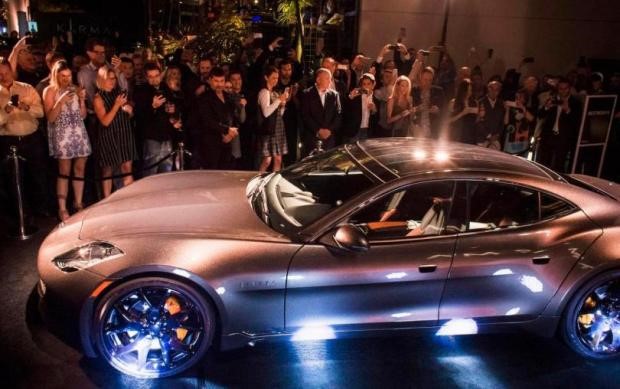 Irvine-based Karma Automotive’s highly anticipated electric Revero is being delivered from the group’s Moreno Valley production facility to partner showrooms across the U.S.

“Karma has moved from a product development company to an automotive manufacturer,” Jim Taylor, the company’s chief revenue officer, said in a statement.

Karma will sell the car at an experience center in its Irvine headquarters and through third-party dealerships in several U.S. cities. The company lists dealerships in Pasadena, Atlanta, Chicago, Fort Worth, Texas, Palm Beach, Fla., Miami, Philadelphia, Detroit, Montreal and Toronto.

Customers will need to make an appointment at Rusnak/Bentley Rolls-Royce Maserati in Pasadena, which will have one car available for test drives. The address is 285 W. Colorado Blvd. Phone: 310-721-3051.

Karma touts the Revero’s solar roof as a power source for the vehicle’s battery system. Seven hours of sunlight can supply 560 watts of power. The battery can also be charged 80 percent in 24 minutes.

A123, which provided batteries for Fisker Automotive, is the car’s battery supplier.

In April, Karma Automotive announced it had bought its leased headquarters, the former Kawasaki headquarters in Irvine, for $56.25 million from Bixby Land Co.

Karma Automotive, which debuted in 2015 in Costa Mesa, signed the Irvine lease in August 2016 and unveiled the Revero, its luxury electric sedan, in September.

Fisker, founded in 2007, was funded in part with $528 million in U.S. Department of Energy loans. The company was acquired by Chinese auto parts company Wanxiang Group Corp. for roughly $150 million in 2014.

Safe Harbor Statement
These post may contain "forward-looking statements'' within the meaning of Section 27A of the 1933 Securities Act and Section 21E of the 1934 Securities Exchange Act. These statements include, without limitation, predictions and guidance relating to the company's future financial performance and the research, development and commercialization of its technologies. In some cases, you can identify forward-looking statements by terminology such as, "may," "should," "expects," "plans," "anticipates," "believes," "estimates," "predicts," "potential," "continue," or the negative of these terms or other comparable terminology. These forward-looking statements are based on management's current expectations, but they involve a number of risks and uncertainties. Actual results and the timing of events could differ materially from those anticipated in the forward-looking statements, as the result of such factors, risks and uncertainties as (1) competition in the markets for the products and services sold by the company, (2) the ability of the company to execute its plans, (3) other factors detailed in the company's public filings with the SEC, including, without limitation, those described in the Company's annual report on Form 10-K for the year ended June 30, 2017 as filed with the Securities and Exchange Commission and available at www.sec.gov, and (4) the parties may be unable to agree upon definitive agreements. You are urged to consider these factors carefully in evaluating the forward-looking statements.